Cordless drills and electric screwdrivers are products designed for technicians and DIY enthusiasts that want to be able to drill holes in various types of materials and screw screws in.

Although cordless drills and electric screwdrivers look very similar and have a very similar purpose, a major difference between them exists. That difference lies in the fact that drills can be used for drilling holes and screwing screws in these holes or wherever they need to be screwed, while electric screwdrivers can be used only for screwing screws in, but with the added possibility of having more screws in them to speed up screwing. 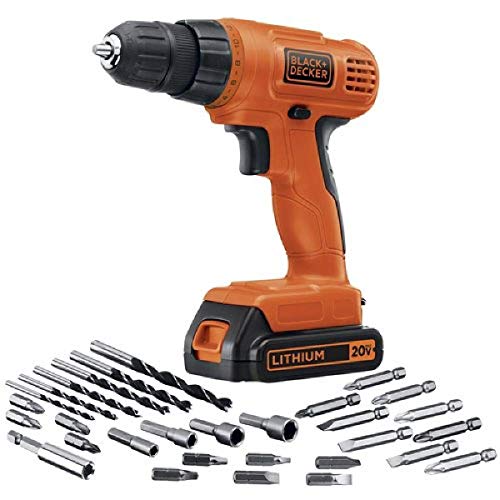 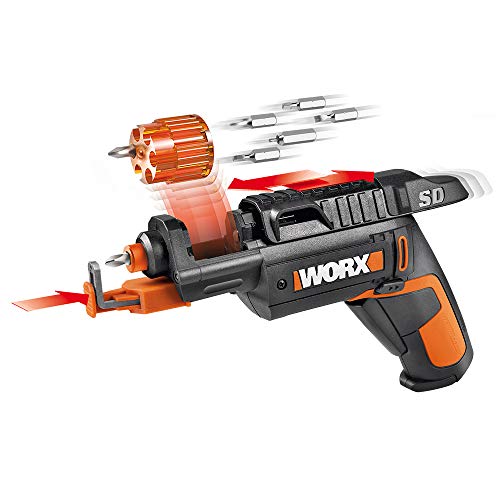 The LD120VA cordless drill is made from sturdy plastic that will not break easily. The back side of the handle has a soft grip which makes it more comfortable to hold this drill, and the ratchet is also made from plastic.

It would have probably been better if they had designed the ratchet to be made from metal because this is the first part in a drill that wears out when it comes to most users, but the plastic seems to be tough, and I believe that it will last for a long time.

WX255L SD automatic screw driver’s body is made from a polymer alloy. Unlike the LD120VA drill, the plastic on this screwdriver does not seem to be very sturdy and tough. In one hand that is fine because there are a lot fewer types of work that electric screwdrivers can do, but if we take into account the fact that this screwdriver is likely to be used in a construction site, and the impracticality of having to use a case for it, then this, is not very good. It would be best if you can avoid damage to this screwdriver. On the good side, the ratchet is made from metal, and it is very tough and does its job well.

This one goes to the LD120VA cordless drill.

The LD120VA drill is easy to use for all users, regardless of their level of experience. Controls are intuitively placed, and there is literally only one thing that a person needs to do in order to work with this drill, and that is to pull the trigger and hold it.

WX255L SD automatic screwdriver could be catchy to use for inexperienced users. This screwdriver is used in the same way as drills are when screwing, but the preparation stage could be a bit confusing for people who have never used an automatic screwdriver before. Fortunately, this is really not a big deal, and it can be learned in a couple of minutes.

One more positive thing about this automatic screwdriver is that it comes with a screw holder. The screw holder works by holding a screw on the screwdriver. All that’s needed for the user to do is to screw the screw in the wall, or wherever they need to screw it. When the user needs to place a new screw, he needs to simply insert it in the holder, and that’s it.

This one goes to the LD120VA drill because it is easier to use than the WX255L SD. Check the price on Amazon.com

The LD120VA drill can drill through most materials with ease. The only thing that it has trouble with is the concrete, but that’s fine because you need to have a special type of drill in order to drill the concrete anyway. This drill can drive screws easily at first, but near the end, when the screw is deep in, it can have some trouble.

The WX255L SD automatic screwdriver is a lot easier to drive screws with than with the LD120VA drill. This was expected because this tool is specialized for just this purpose. Unlike the drill, the WX255L SD doesn’t have any problems with screw driving near the end of the process.

This one goes to the WX255L SD automatic screwdriver because it has a lot more power to offer and does its job with ease.

Battery life on LD 120VA drill is very good. The battery will last somewhere from an hour and a half to three hours of continuous work. That gap in between depends mostly on the type of work that you are doing. The battery takes around two to four hours to charge.

The WX255L SD battery life is the same like on LD 120VA drill. When we take into account the fact that the drill has a similar size batter and that we can use the drill for drilling and drive screws this does not look very good for this screwdriver.

The LD 120 VA wins this one because it can perform more diverse operations for the same amount of charge than the WX 255L SD automatic screwdriver. Check price of LD 120 VA on Amazon.com

The LD 120 VA cordless drill wins this comparison by three to one. I think that the drill is a better choice because you can perform the same thing that a screwdriver can, with the possibility of drilling holes for the screws at the same time.

Since this is a nuanced win, I think that you will be happy if you get the screwdriver if you don’t need to drill holes. The drill is slightly better, but this one is really up to you to decide since your needs will be the determining factor when making this decision.