If you are reading this review, then it is safe to assume you know a few things about the multimeter, but if you don’t, I would explain. With a multimeter device, you can troubleshoot your vehicles and household appliances, by measuring their voltage, current, and resistance.

For this review, we would be comparing the Fluke 117 with the Fluke 87 multimeter. Our reason is to expose a few details about them. So in a case where you have doubts about them, or you plan to purchase any of them, you would know what you are buying.

Yes! I agree that they are both engineered by Fluke, but that doesn’t change the fact that they may have different features to offer.

They are both multimeters so they can be used to test electricity, but they vary in performance. We would begin this comparison by tabling some of the significant features of the Fluke 117 and Fluke 87 multimeters. 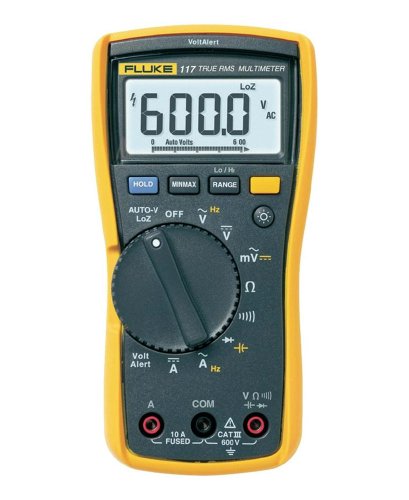 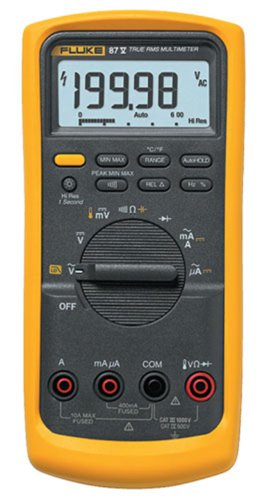 Let’s break it down

The tabled features above may look a little complicated to understand, so we would break it down by defining each of them as simple as possible, and also briefly explain how both multimeters perform with this feature.

The CAT Rating, which is also the category rating, classifies the resistance of the multimeter according to how they react to voltage spikes. While testing electrical systems, it is safe to use a multimeter that has qualified CAT ratings enough to handle the specified task. The higher the rating, the better the resistant the multimeter would be to sudden increase in voltage.

The fluke 117 multimeter has CAT III 600 volts rating, which is good enough to test distribution circuits, switchgear, the polyphase motors in your air conditioners, lighting systems, the outlets of your appliance, and some other electrical system that requires this level of safety.

The fluke 87, on the other hand, does more, with the CAT III 1000V / CAT IV 600V rating, it can conveniently be used to test the origin of an installation. They can cover dangerous levels of over voltage like electricity meters, the underground line attached to pumps or overhead lines to buildings.

With a true root mean square, you can accurately measure alternative current or alternative voltage on non-linear signals like power lines where the characters of the currents are unknown.

When it comes to accurate measurement of non-linear loads, the Fluke 117 features a True RMS that can test variable frequencies of electricity.

The true RMS feature in the Fluke 87 makes it a useful tool to test computers, electronic ballast, heaters and air conditions accurately.

We would talk about voltage as the potential difference between two poles or the electric pressure that pushes the currents through conductors.

The Fluke 117 multimeter measures the maximum voltage of 600 volts. It features a VoltAlert technology to detect voltages without contact with the conductors, also an AutoVolt so you can skip the extra steps while selecting voltage measurement, and low impedance input to reduce false readings from ghost voltage.

The Fluke 87 offers accurate voltage measurement of adjustable speed drive and more than the Fluke87; they can measure both AC and DC voltage up to 1000 Volts.

A definition as simple as possible would be, current is the flow of electric charges.

Yeah! Must troubleshooting devices can measure resistance, but for this, one may measure more than the other. We would define resistance is the opposition to the current flow.

The Fluke 117 is built to measure the resistance of 40 MΩ, which makes it a handy tool for electricians.

Better than Fluke 117, Fluke 87 can be used for HVAC equipment and test electrical appliances with more resistance. It measures up to 50 MΩ.

Checking temperature may sound like sound unrequired for a multimeter, but for overheating and many other situations, multimeters with the capability to check temperature is a plus. With them, you would have one less device to worry about.

This Fluke 117 have some important features, but they not have a thermometer inbuilt, so they can’t measure temperature.

They can also be compared by the other additional measurements they can be used to make.

Apart from measuring currents, voltages and resistance, the Fluke 117 can also measure capacitance up to 10,000μF, frequencies, it can perform Continuity/diode test, and as we have mentioned above, it has low input impedance and Volt Alert.

Fluke 87 can also measure the capacitance of 10,000μF, frequencies, continuity/diode test, but lacks the low input impedance and volt alert. Other measurements it has as a plus are the Motor drive (ASD) measurement, Duty cycle, Microamps and Relative reference.

The Fluke 117 is an excellent and more sophisticated multimeter with some features that make it easier to use, which makes it better for day to day electricians or basic DIY enthusiast.

Experienced technicians, on the other hand, would prefer the Fluke 87 it may have all the easy to use features, which wouldn’t be a problem for technicians. It is also but as a more fitting tool for taking HVAC measurements.