Just like a thread, one thing would lead to another, from a DIY project you need to carry out, to deciding on buying a cordless tool, then to choose one based on the battery.

Your decision behind buying a cordless tool could be that it is more suited for the job you intend to carry out, but there are some paramount decisions that you need to consider when purchasing a cordless tool, and the most important is the battery.

For a little introduction to batteries for cordless tools, they work on three types of power sources, the Lithium-ion (Li-ion), the Nickel Metal Hydride (NiMH), and the Nickel Cadmium (NiCad) batteries.

Although these cordless power sources have several similarities, they are different when it comes to their chemical compositions, usage, environmental effects, and also their costs.

For years the NiCad batteries used to be highly rated until they faced competitions from the Lithium-ion battery because of their size and easier maintenance regardless of the environment.

Having a cordless tool with a reliable battery would assure you a good workflow, but apart from the maintenance, the reliability of your battery would also depend on the type, so we have a quick comparison between the two most used battery types, the NiCad and the Lithium-ion to know which is better for your cordless tool.

Before making any comparison, we would like you to know that the type of battery may affect several other things like how long they last, how much they should be used, the amount of time they take to charge, or even how they can be maintained, but it does not determine the power that would be provided.

If you are purchasing an 18 volts NiCad battery, it will provide the same power as the 18 volts Lithium-ion battery you buy. The ability would depend on the efficiency of the tool itself, and an 18 volts battery would hold the same voltage as another 18 volts battery regardless of the type.

So we would begin by making a comparison chart showing the specifications and qualities of both batteries so we can have a clear view of some of their differences.

Let’s break them down

Charts may be boring, so we would take a step further into breaking down some of the features of the NiCad battery and the Lithium-ion based on their running time, explaining the voltage and battery capacity, the shelf life, memory effect, self-discharge, lifecycle, and build-up

We would define the running time is the amount of work the cordless tool can work before it would need to be charged. Since there is no specific unit for calculating the running time of a cordless drill, it could be measured by the number of holes they can cut through on a single charge. 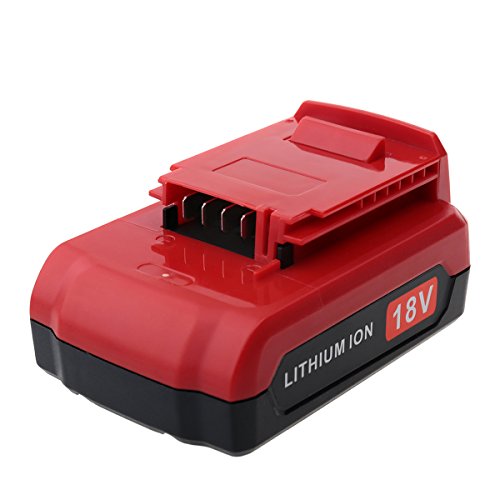 You should also know that the efficiency of the tool is another factor that determines the running time, but let’s explain the battery voltage and battery capacity a little further.

For your cordless tool to have sufficient running time, the voltage of the battery is an important influence; it would determine the work output. A lithium-ion battery would operate at approximately 3.6 to 3.7 volts, which would make it preferable to the NiCad battery that runs at 1.2 volts.

It is possible for batteries of the same volts to have different capacity, and the size of the battery would also influence the running time. The capacity is rated in amp-hours, so the NiCad have a capacity of 1.3Ah to 3.0Ah while the Lithium-ion rates between 1.1Ah to 3.0Ah.

When NiCad batteries are not discharged often, large crystals are formed on the cell plates, which causes the battery to lose electrical storage space; this is a description of the memory effect. So when it comes to memory effect, the Lithium-ion excels, in that they do not suffer from it. 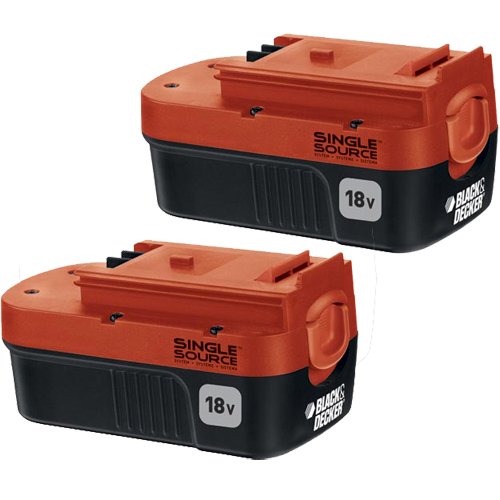 For a battery kept in storage, it may begin to lose its charge. The NiCad battery especially would self-discharge if it is not in use for months, but the Lithium-ion batteries can be stored for months without losing a significant amount of charge.

Even though the Lithium-ion makes storing batteries easier, it is better to avoid storing the batteries while they are low to prevent permanent damage to the battery.

The lifecycle of a battery is the number of times you can charge it all through its lifetime. Making a comparison based on their lifecycle, you would see that NiCad battery would last longer with approximately 2,000 charges and discharge cycle. The Lithium-ion, on the other hand, can have a maximum of 1,200 charge cycle.

The last comparison we would make in this section is on the build-up of each battery to explain the electrochemistry aspect of the comparison and convenience of their disposal.

For the NiCad battery, the electrolyte is aqueous potassium hydroxide, the negative terminal (anode) uses cadmium, and the positive terminals (cathode) uses nickel oxyhydroxide. The NiCad battery is built with toxic heavy metal, and most of it is hazardous, so it would require delicate disposal.

Deciding on which battery is better, all boils down to the needs of the user according to the application, budget and climatic condition of the worksite.

But if you are planning to purchase a cordless tool, we would prefer you buy one that uses a Lithium-ion battery, they are smaller in sizes, and they have higher voltages compared to the NiCads. Lithium-ion batteries can also be stored for a long time without it losing its charge.

You also have to know that when to comes to the cost of both batteries, the Lithium-ion batteries are way more expensive than the NiCad batteries.